Adam Bielecki to Deliver a Lecture in Dublin 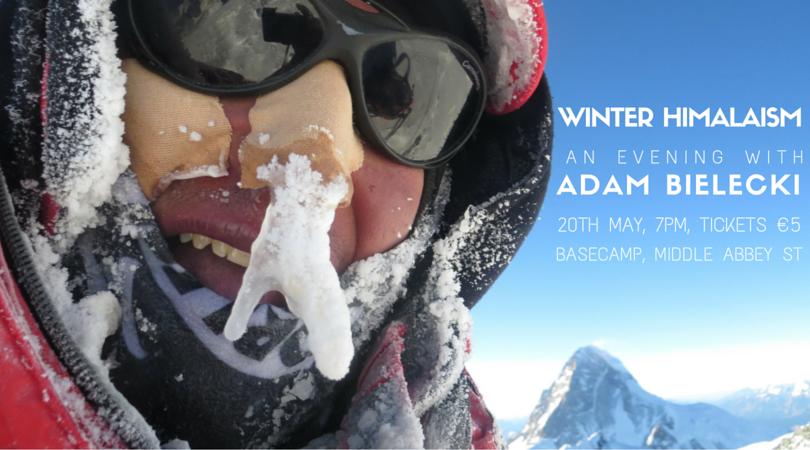 Adam Bielecki, one of the world’s most accomplished high altitude climbers, to deliver a lecture in Dublin.

Climbing Dojo in association with Polska Eire Festival, Mountaineering Ireland, and Basecamp is delighted to invite you to an evening with Adam Bielecki who will talk about his climbing career and winter himalaism.

Over the the last 20 years he climbed more than 100 routes in Tatras and Alps, both during the summer and winter. Leader of multiple expeditions to various mountains on 5 continents. Recipient of prestigious KOLOS 2000 (the highest Polish award for achievements in outdoor sports) for becoming the youngest person in the world who ascended Khan Tengri 7,010 m solo in alpine style.

The event is part of Polska Éire Festival, an annual nationwide celebration of Irish-Polish friendship, and is proundly supported by Polish Embassy in Dublin.

Please note that meeting with Adam Bielecki on Friday 20th May is FULLY BOOKED OUT. To purchase tickets on Sat 21st, please go HERE.