Three videos that sum up Dean Potter's life on the edge 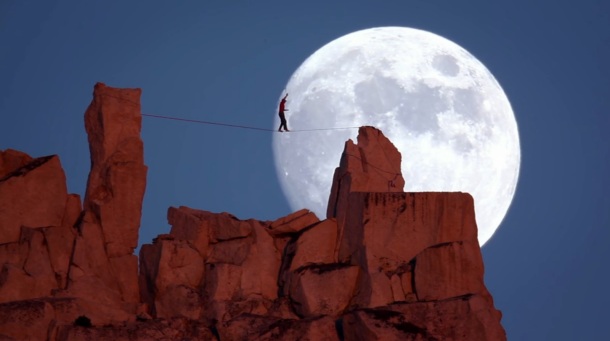 On 19th May 2015 news about tragic dead of Dean Potter hit the headlines of major climbing portals, magazines, and TV stations around the world. A pioneer climber, free soloist, speed climber, a master of skyline, FreeBASE, and wingsuit flying became famous for pushing the limits and redefining climbing in some many different and interesting ways. He was and continue to be an inspiration to world’s grates climbers such as Alex Honnold, Tommy Caldwell, and many more:

Dean made me believe that anything is possible. His absence is going to leave a hole in our world that won’t be… http://t.co/o2jp8eSHJg

It’s hard to even describe what an influence Dean Potter had on the climbing world. All I know is that I was… http://t.co/d9itrt2plP

Below, is a collection of three short videos that celebrate a mind-blowing life of Dean Potter, also known as The Wizard of Yosemite. From wingsuit flying with his dog – Whisper – to sky-lining and speed climbing up the Nose, Dean proved that nearly everything is possible.

Dean Potter didn’t always BASE jump alone. Sometimes he took the plunge with his dog, Whisper, strapped to his back. This trailer features wingsuit flight footage from Potter’s film “When Dogs Fly.

In a wild and dangerous ascent,Dean Potter and his climbing partner Sean Leary set the speed record for climbing up the Nose Route of Yosemite Valley’s El Capitan. The trust in each others ability and judgement is absolutely essential, as a fall by either climber could have grave consequences for both

The ultimate full moon shot. Dean Potter walks a highline at Cathedral Peak as the sun sets and the moon rises.